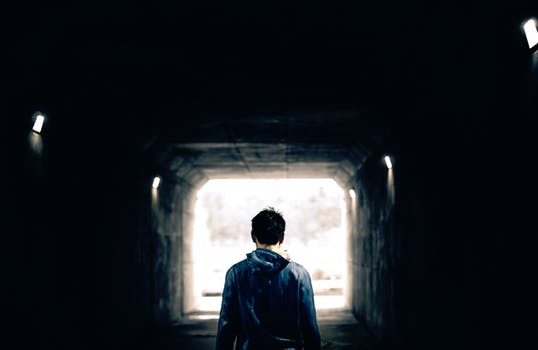 “Isn’t Mexico dangerous?” I can’t tell you how many times I’ve had to respond to this question over the last 20 years. I honestly believe this is more of a statement on the church in America today than any perceived danger in Mexico.

What keeps us up at night worrying almost never happens. In 2016 there were a total of 4 deaths by shark attack, 67 people died from taking selfies. If you ask a cross section of people, fear of sharks would probably rate higher than fear of smart phones. Way too many people live lives wrapped in fear of things that don’t happen or don’t matter. American culture feeds and encourages fear: fear of the “other” political party, of terrorism, of people from different countries or cultures. Fear has become the new American way.

A few years ago I got a phone call from a concerned father who was looking at sending his daughter with their church missions team to serve with our orphanage in Mexico. After talking to him for a while, he asked me straight out “Can you 100% guarantee the safety of my daughter?” I think I surprised him with my answer: “Absolutely not.” I asked him if he could 100% guarantee the safety of his daughter when she was driving to school, out shopping, or even in their home. There are almost no 100% guarantees in this life other than the fact that we will all eventually die. If we lived our lives looking for 100% guarantees, we would never do anything, that’s not why we’re on this earth.

At what point did the church collectively decide that we need complete security at all times? Why are we so afraid? Jesus never taught that we should only go and share the gospel if our safety could be guaranteed, that we should only help others if there is zero risk involved. I’m not saying we should take unnecessary chances, but what should we be willing to risk to share the Gospel?

“Fear not” comes up a lot in the bible, “You need to avoid risk” not so much. If we believe we have an all powerful, loving Father in heaven who only wants what’s best for us why are we so afraid? If we believe that God can use ALL things for our good and the good of His kingdom, why can’t we rest in that? The Apostle Paul did some of his best work sitting in prison. Paul was completely convinced this was just a temp job; he was on his way to heaven. Paul doesn’t seem like the kind of guy who was afraid of what might happen. The world needs more Pauls.

A good friend of mine has been a missionary in a Muslim country for a few years. (for his safety I can’t share his name or what country). This guy is fearless. Recently he sent me an e-mail asking an IT question, not a big deal. He went on to share about the struggles they were having going to print with a new bible recently translated into a dialect for that area. One print shop was burned down, one printer who wanted to help was sent to prison, my friend’s family was threatened, and he was arrested and held for several days. Yikes. I would have hit the road long before this. Rather than running, giving up, or even complaining, he was rejoicing. Through the entire E-mail, you could feel the joy he was experiencing; he had found the “joy in all things” that Paul wrote about while in prison.

In 2014 my wife and I were scheduled to travel with the team of about 20 to Ghana in west Africa. We had our tickets, we had our visas, and about 30 days before we were scheduled to leave the Ebola outbreak hit West Africa. You couldn’t pick up a paper, turn on the radio, or watch the news without being told how dangerous Ebola was and how we were all going to die. Not the best time to travel to West Africa. Over the course of a few weeks most of the team dropped out and, to be honest, we thought about it. We made a few calls to people on the ground to get accurate information and had some LONG talks. Any sane person would have canceled. (we’ve never been grouped in with sane people). We decided to go. The team was just five people, and EVERYONE said we were crazy. We went, had an incredible trip, and I believe we had a real impact at the orphanage where we were serving. West Africa is a BIG place, where we were serving we were over 1000 miles from the nearest Ebola case. At no time were we in any danger other than malaria and the other normal issue from that area.

In looking back at our trip to Ghana, I’m flooded with emotions. One of the emotions I have is regret for the many people who, out of an abundance of caution, chose not to go. They missed out on a life changing experience. They missed out on the chance to share with others and connect with believers on the other side of the world. The enemy once again used fear to stop ministry from taking place. How many people weren’t reached? How many lives weren’t changed by this incredible experience? The people who chose to stay back had the perception of safety, but they missed a life altering experience.

Take a chance. Risk something. Go drill a well in Kenya, go build a house in Baja, go serve (or start) a prison ministry. Step out and see how God might use you or might use the new challenges to change you. Of the people I hang out with in the missions field, I never hear them talk about the regret of taking a chance. What I see and hear are people who glow, glow with a joy that few people experience in this life. These are people who have taken, and continue to take chances for God. They are not afraid of risk, they embrace it, they have found joy. The only fear we should accept in our lives is the fear of NOT doing what God is calling us to. We should be deathly afraid of wasting our time here on this earth living a mundane, “safe” existence.

To answer the question about Mexico that I started out with: Yes, Mexico CAN be dangerous in certain areas, most of it is really safe, but watch out for those selfies.

2 thoughts on “The Fear Factor”