Obviously, the last few weeks have been new and scary for everyone. The lock-downs, the businesses closing, and the quarantining are where everyone is focused (from a safe distance). One of the countless reactions has been anger at all of the celebrities and professional athletes that could get tested for COVID-19 while so many others couldn’t. They’re connected and have the resources most of us can only look at from afar. We sit and imagine what it would be like to live like them. They are the powerful 1% everyone talks about. While you might not think about it, if you’re reading this, you’re probably in the 1%. END_OF_DOCUMENT_TOKEN_TO_BE_REPLACED 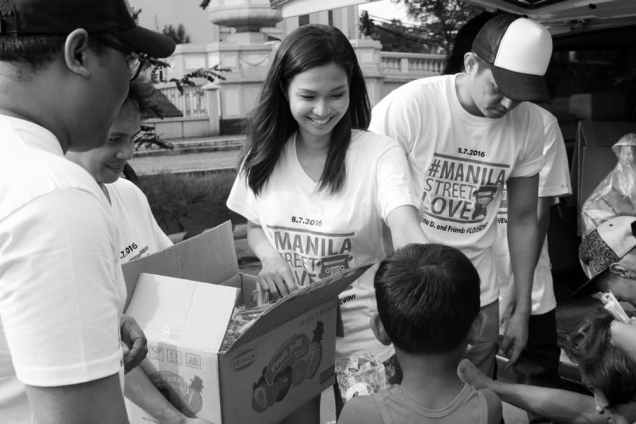 I’ve spent much of my adult life promoting short-term missions. Understandably, for the foreseeable future, short-term missions around the world are on hold. This does not mean the needs have ended, now more than ever, churches need to step up and serve. END_OF_DOCUMENT_TOKEN_TO_BE_REPLACED

Managing fundraising for an organization can be challenging at best. One of the first questions we get asked by anyone running an orphanage, food bank, or any other ministry is, “How do you fund it?” This rambling article is not a request for funds. This is meant as an encouragement to give intentionally, give wisely, and give in a way that honors everyone involved. Here are a few random observations on fundraising. END_OF_DOCUMENT_TOKEN_TO_BE_REPLACED

OK, that was a pretty obvious click-bait title, but the idea still holds. I have nothing against people of lesser means (I’m one of them), what this blog is about is the title or identification of “poor people” that the bulk of the world might fall into. By the very act of referring to a group or nationality as “the poor” we, at some level, diminish their importance and make a quick judgment about them. It’s a profoundly demeaning term. “The poor” equals lesser, not as good, somehow less deserving, of lower value. Most people are in denial about this attitude, but the unspoken implications of the term “the poor” are there most of the time. Society, and sadly, the church, frequently uses terms that bulk people together that shouts, “Less important than us.” “The homeless,” “the migrants,” etc. give the subtle yet clear implication of class distinction.

The first thing many people do when they meet someone is ask, “What do you do?” Most people are naturally inclined to categorize people into groups. The simplest of these categories are richer and poorer, and by asking someone what they do for a living, we’re ready to find out what class they belong to. We don’t want to admit it, but the richer are generally considered brighter or better. Money is how most people keep score, and what we “do” usually sets that score. Who has the bigger house, the cooler car, etc. No one likes to think they judge others on this scale, but in reality, almost everyone does. Once we bulk any group of people into a simple category, it’s just too easy to see them as different, lesser individuals.

Suppose a man comes into your meeting wearing a gold ring and fine clothes, and a poor man in filthy old clothes also comes in. If you show special attention to the man wearing fine clothes and say, “Here’s a good seat for you,” but say to the poor man, “You stand there” or “Sit on the floor by my feet,” have you not discriminated among yourselves and become judges with evil thoughts? James 2:2-4

Levels in society isn’t a new idea; class distinctions have been around for thousands of years. Do we still have a class system but are in denial about it? If we’re honest with ourselves: Yup, most of the time. The upper income of society looks down on everyone else, and the lower income population generally has contempt for most wealthier people (although they would like to be one someday)

The implication of class titles or distinctions, even if they are only implied, has a profound impact on short-term missions, long-term missions, and ministry in general.

When a church or missions team starts out with the idea or statement that they want to go and “help the poor,” it can set the stage for some unhealthy, one-directional relationships. There is an automatic implication that because the group has resources, they are better than the group they are going to serve. It would never be said out loud, but there is the implication that the group with the money is better, brighter, somehow has more of God’s favor. Contempt is not a good place to start to build a relationship, and ministry is ALL about relationships.

The best way to go into a relationship is on equal footing, to have mutual respect for each other. The world says that if we have more stuff, we must be better. The critical point is, what the world says doesn’t matter in the bigger picture. God sees all of us as equal; He is not impressed by the same scorecard that we use. He uses a very different scorecard.

The right attitude when going into short-term missions is not just “What can we give these people?”, the question should be “How can we work alongside these people to further the Kingdom?” The idea of working together shows mutual respect, a recognizing that we are all on equal footing working together for the same goal.

It’s critical to understand and embrace the fact that in the eyes of God, without Him, we are all impoverished. If we have a few more dollars in our bank account, it means nothing. This is easy to say, but to truly embrace the idea that money doesn’t matter is very rare. Even from the other side, when “wealthy Americans” show up in the mission field people have a different reaction, more attention is given, attitudes change.

I was once in a meeting in northern Malawi, in an area that does not see very many Americans. Just the idea that I had the means to travel to this area put me in a different economic position. I was with several very respected local leaders and just wanted to listen to what they had to say. When the meeting came around to me, they didn’t use my name, the name of my organization, or any term that I expected. It was grandly announced that “The white man will now speak.” The meeting went silent waiting for some deep wisdom just because I was from a wealthy country. It was never discussed, but just me being American brought a particular unwanted class distinction. Is was awkward at many levels.

We really are all the same. Some people might have a few more dollars, but compared to the riches of our Heavenly Father, we are all poor. The dollars we do have are really His anyway. It is in embracing our own poverty that we can inherit the incredible grace and riches that our Father wants us to have. Maybe we should all embrace being “the poor.”

Any donations to support our mission efforts are greatly apprecated. A dollar or two through the “donate” button would mean a lot. Thanks.

You can help me by sharing this on Facebook or wherever you hang-out online.