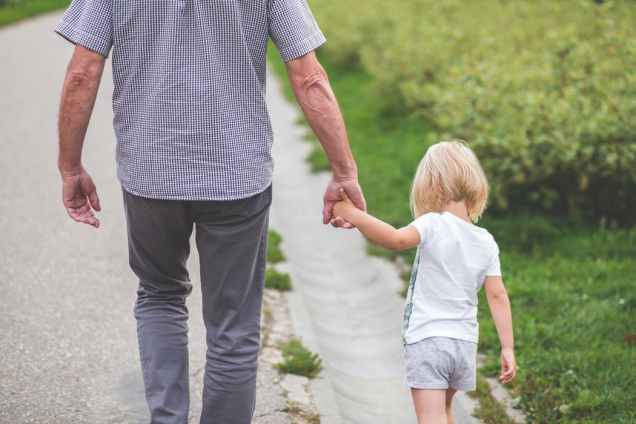 When caring for children at risk, children who are abandoned or orphaned, it’s important to realize it’s just for a season. You need to know that, for many reasons, children you’re caring for are going to leave. We need to be ready for it, and we need to help them be ready for it.

Frequently children leave your care to go into questionable situations, and it will rip your heart out. Sometimes we initiate the change; usually it’s outside influences. Sometime they will head into great situations, some not so great. As people who are called to serve children, we need to realize the time we have with the children in our care is frequently shorter than it should be, and that time is precious. “Normal” parents have at least eighteen years to speak into a child’s life; we don’t have that luxury. The short time we have with these children will impact them the rest of their lives.

I have been in orphan care for almost 25 years. I still remember my first year, when the team here decided that we needed to kick a teen boy, Raul, out of the orphanage. Think about that for a minute: a child who’s already been abandoned, we were going to remove from what I thought we were building as the last refuge. This teen boy had become so rebellious, and such a danger to the other children and staff, that we needed to remove him from our home. We tried every form of discipline and professional counseling we could, but nothing broke through. His tearful pleading for “one last chance” as he was being taken away to a smaller, stricter orphanage will be burned into my memory forever. His departure tore me up for weeks.

About five years ago a 15-year-old girl, Maria, who had been in our care for several years was returned to her mother. We didn’t feel great about it, nor did Maria, but we didn’t have a say in the matter. All we could do was watch her leave and hope and pray that the social worker made the right decision.

Recently, two wonderful young girls were returned by our government social worker to their parents. We did not believe for a moment this was a good thing. For a number of reasons we did not feel this was the right decision, but the social workers had completed home visits and felt it was right to return these girls to their family. The girls had shared with us the horrible treatment they had received in their home and when the parents visited we could see it was just an unhealthy situation. It was VERY frustrating, and several of our staff were very upset, but you can only do what you can do.

It can be a long hard battle as we fight for what’s best for a child. Ask anyone who works in foster care about the frustrations experienced as children are moved around and often placed back with unstable or questionable family. Don’t get me wrong, when it’s a healthy situation I am 100% in favor of the family reunification. But frequently these are Solomon like decisions made by well-meaning but fallible people. When the decision is right it’s great; when the decision is wrong, it places children in harm’s way.

All we can do is plant the seeds, pray over our children, and hope for the best. Whether it’s our biological children that get married and move on when they become adults, or a temporary care situation and the child leaves us when they are much younger, their future is not in our control. All we can do is give them tools they will need to make healthy decisions. We need to show them how to handle the incredible challenges that life will place in their paths. They, like us, are in God’s hands.

About ten years after we “kicked Raul out,” he dropped by for a visit. We had lost track of him and assumed we would never see him again. But, the time he spent with us had a deep and positive impact on his life. He came back with his wife and two children to show them where he had spent several years and to introduce us. We had a long talk, and he shared that he now understands why he needed to be moved. He also now felt it was the best decision we could have made for his life. It was hard, but it was a wake-up call for him. It turned his life around, and he was now doing well with a family of his own.

A few weeks ago Maria got in contact with us, and we went out to lunch. We were right about her mom. Maria’s mother ignored her, never put her in school, and spent most of her time drinking and partying. After several months with mom Maria went with dad, who was no better. But, Maria remembered what she had been taught. She is now on her own, doing well, active in a church, and is planning her wedding. The seeds we planted took root.

There is a point to this rambling blog. What we do in child care, while we can, matters more than we know. Not all stories have happy endings. Most of the time we will never know about the lives of the children once they leave us. But when it works, the moments when we emotionally connect with a child, the time we spend listening to them, the examples we set changes lives. Use what little time you have as the precious gift it is.

“Religion that God our Father accepts as pure and faultless is this: to look after orphans and widows in their distress…” James 1:27

(Names were changed to protect the privacy of people mentioned here.)

Please share on Faceook or wherever you hangout on line.

2 thoughts on “Orphan Care is a Short-Term Gig”