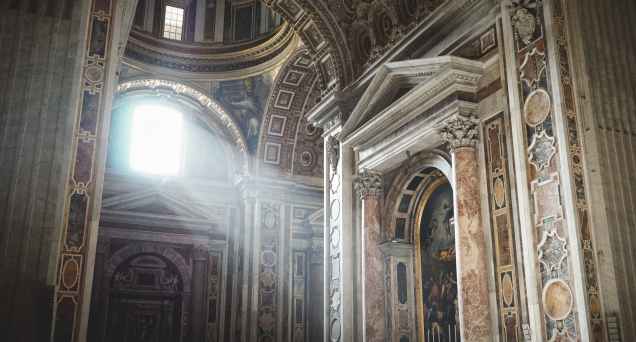 Several years ago, three workers building a cathedral in Europe were interviewed about their jobs. A skilled mason shared that he was responsible for adding bricks to a large wall. A painter was asked about his part, and he explained that by adding paint to the project he was protecting the masonry work from wear. The third gentleman was responsible for sweeping up and hauling away the construction rubble. This man became very excited when asked about his job and responded with great pride, “I’m building a cathedral to the glory of God that will be a beacon in the community and last for generations.” “This glorious, solid, timeless church will someday give a tiny sample of the astounding beauty and eternal strength that is our Lord.” There are no unimportant jobs, just small perspectives.

At our ministry, we frequently have groups come down to help on projects. This is how we do what we do; this is how buildings go up and are maintained, this is how our many children are fed. We always make it a point to share, with great detail, why the project the group is working on is vital to the bigger picture. If we tell them they need to dig a trench, they will dig, and the job will get done. If we share with them that the ditch is to be a footing for a new infant care building, that this building will mean the difference between life and death for tiny newborns, the trench gets dug faster, better, and with joy. Same people, same hard dirt and rock, same shovels, but when the bigger picture is exposed it changes everything.

Not everyone is called to preach from the front, not everyone is called to lead worship, but we are all called to do something. That “something” matters more in the eternal picture than we can understand from our perspective. God sees the bigger picture; God sees the efforts we put forth in the eternal perspective. Whether you’re the sound guy at your church, the lady who sets up the coffee, or part of the team handling infant care, it’s import to realize: you are building something eternal.

Most orphan care (our ministry) is either profoundly boring, frustrating, or mundane, but we know it matters significantly in the bigger picture. Each meal served is not a big deal unto itself, the extra trip to the store to buy poster-board for homework is not a grand sacrifice, but each act of service accumulates to create a safe, loving home for our many children. A safe, loving home, with all of the details and minutia that a home requires, creates healthy young adults as the years pass by.

One of our older boys, now ready to graduate from college, has been with us for most of his life. He recently became the poster boy (quite literally) for the college he attends where he is finishing his degree in forensic science. He is featured in the school’s promotional videos, and his face is on a 15-foot tall billboard advertising the school on a major intersection. He has worked very hard over the years, but he’s also had countless people help in his care for more than a decade. Sponsors who helped cover the bills, groups that came down to provide meals, the many volunteers on our staff who are there for him, have all had a part in his success. He did the work, but it was a group effort going on behind him.

We all have something to do for the Kingdom. You might be doing it already and doing a great job with it; you might still be finding your place in the grand plan that God has laid out. But please know, you matter, you are essential, you play a critical part of God’s expansive, timeless plan.

We frequently have donors apologize to us for not being able to give more. We explain to them that we appreciate any effort to bless our kids. That there is no such thing as a “small donation”, each dime that comes in is appreciated, and the cumulative effort of everyone doing their part is changing the world. The same thing applies to our acts of service, they might not seem important to us, but we have no idea the rippling impact each sacrificial act has on others. God loves us, and He rejoices when He sees us stepping out to play a seemingly small part in the body of believers, and the work going on all around us.

Bless someone today, serve a stranger today, give deeply today. Over time, these small, simple acts can change the world, and us, into something better. Go and build a cathedral, one brick at a time.

2 thoughts on “No Unimportant Jobs”